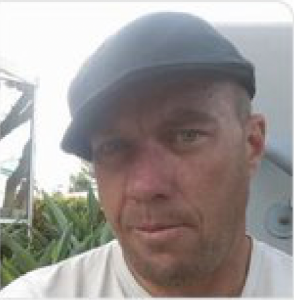 Ben’s overt act of racist vandalism was captured on video. 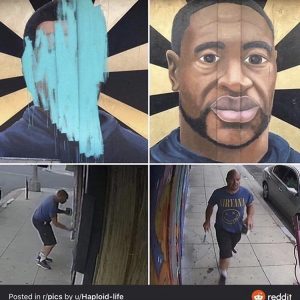 After the mural artists had repaired the damage, Ben returned to photograph the mural in its repaired state in an attempt to claim the mural was never defaced and that he was simply the target of a rumor. 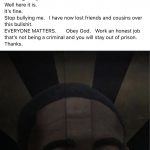 “Everyone matters”, Ben claims. This is a racist attempt to minimize the oppression the Black community faces each and every day. Do not allow racists like Ben to set the narrative.

Ben has since deleted his Facebook page but not before antifascist activists captured a screenshot of his profile. 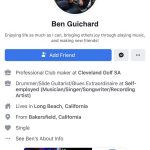 In a twist of irony, Ben is apparently a blues musician but, as noted, despises the culture. Additionally, he is an unemployed golf club maker who was employed Cleveland Golf SA. Ben’s act of racist vandalism was brought to the attention of Cleveland Golf SA, who has sinced stated Ben will no longer be employed by them. 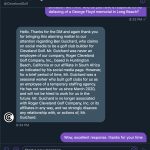 Ben has business cards so you can contact him if you wish. 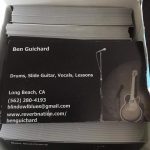 Ben has a dismal Spotify page. You can help deplatform him by contacting Spotify and referring them to this post. 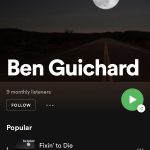 Please note that we do not take any credit for exposing Ben. We did not do any research to produce this post as antifascist activists in the community had already stepped up and taken to social media to expose him. We are just compiling the information already out there into this post so Google can index the story and create an easy, one-stop post for people to read up on Ben and his overt racism. In short, the internet elephant never forgets.